A few days ago I’d bought the Datel XtremePak from GAME (Includes Action Replay2 v2, X-Port v2 and Datel *crappy* keyboard – I was gonna sell the keyboard to a mate of mine but not anymore, you’ll see why). I got it because it was soooo damn hard to get hold of the X-Port v2 from the Codejunkies website… but the box set only had 1 CD for the X-Port, which was the PC software disc. After phoning Datel’s customer support, I decided to send the box set back. D’ya know why? Because the nice lady on the phone (She sounded giggly and cute 🙂 ) told me they had some in stock, so I ordered one there and then. It arrived today… I’m gonna send the XtremePack back either today or tomorrow but I’m gonna get another 8Mb Memory Card. I really need one cos the other one’s chocca-block!

T’was my girlfriend’s birthday yesterday. We decided to go out on a booze-up but she didn’t want me to turn up like a “scruff” so we spent the day doing clothes shopping. I got myself two new shirts, a denim jacket, some new trousers, a watch and sunglasses. I guess my image has been upped a little bit… What’ve we got here? 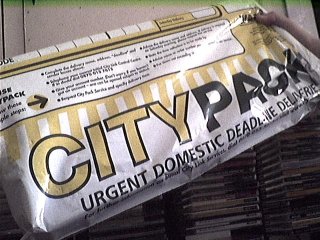 END_OF_DOCUMENT_TOKEN_TO_BE_REPLACED

I took radiac’s advice and took the Duck Test. Check this out!

You are the classic yellow squeeky toy.

May she rest in peace, amen.

First day back at uni today… I’m knackered! Probably because I had to get up at a decent time (7:50am!) and then had lectures and tutorials throughout the day, 9-6! Still, Monday’s are always the roughest. At least tomorrow I can sleep in cos I’m not supposed to be in until 3pm 🙂

I’m starting to get my head around ASP now, hopefully just enough to keep the boss happy. I still think we should’ve used unix servers instead of W2K ones, we’d have the sites up and running by now and I’d be trouble free *sigh* Still, I got my student loan payment today, just enough to spend on booze on Thursday night.

*Yawn* My god I’m really tired. I might retire early tonight… or maybe just brew up a pot of coffee and sit back to watch another Star Trek Voyager vid.

I just had a look at a couple of websites that I wanna buy from, just tempting myself really. Hmmm, when should I get that X-Port 2 from codejunkies? I’d really like one but after seeing all the troubles other peeps were having trying to get hold of one I might not bother 😐 *shrugs* Maybe later…

A productive couple of days

Ahh, I’ve finally had a little more relaxation. Any work that I’ve done over the past couple of days was work that I actually WANTED to do. The other day I didn’t do much though, spent the day with Helen 🙂 We went swimming yesterday. T’was fun, except that there were shitloads of bloody kids! I was sorely tempted to drown them all. Of course, as always, me and Helen laughed at all the fat kids! (Maybe that’s why the water level was WAAY higher than it should’ve been).

But the rest of the day we stank of chlorine 😡 END_OF_DOCUMENT_TOKEN_TO_BE_REPLACED 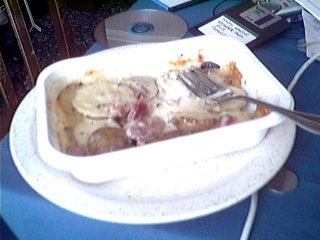 I’ve been working my arse off since Monday on a couple of websites that LBS want doing. I’ve done as much as I can at the moment but I need to get in contact with the server admins about file attribute problems… as in the inability to do it. Oh well, they’ll have to do without enquiry forms and guestbooks for a little while longer. END_OF_DOCUMENT_TOKEN_TO_BE_REPLACED