It was discussed on Dilbert that it’s impossible to perform an act of charity without it costing you all of your money. This was then disproven when Dilbert saved his boss from drowning.

I’ve further disproven this tonight when I was waiting for my bus. A lass walked by me doing something with her handbag, and a fiver fell out onto the ground. She then walked through Garlands’ doors. It was quite gusty so it wasn’t going to stay there forever. I lept for it a chased it a little down the street. When I got it I made my way back to the front doors where the lass was checking her handbag again. She must’ve been looking for the fiver cos I handed her it and she gave out a sigh of relief.

So, who felt the quake?

If you haven’t seen the news already, there was an earthquake in the UK at 0057 this morning, with a magnetude of 5.2*. The epicentre of the quake was located a little north of Market Rasen, which is under 90 miles SSW from where I live. Obviously, 90 miles away I didn’t feel it as much, but it did confuse me for a moment. I was happily playing Mario Strikers Footie on my Wii when I felt the whole house move! Literally, I felt (and saw) everything move about a foot to my left and back again! I went and stuck my head out the window and it wasn’t windy or anything. Turns out it was the quake.

Who would’ve thought an earthquake would hit England? We’re not exactly on the edge of any plates or anything, so wouldn’t have thought we’d get them. Turns out we get them roughly every 30 years, and this was the biggest we’ve had for 25 years.

There was meant to be an aftershock at around 0400 but I was asleep by then.

It was bound to slow down at some point, but a lb is a lb. It’s still weight lost.

In for a penny…

It’s new to me, but it’s really 3 1/2 years old. It’s my Uncle’s old Epson Stylus Photo R300 and he doesn’t need it anymore. He gave it to my folks who had nowhere to put it, so I took it off their hands to replace my old one. 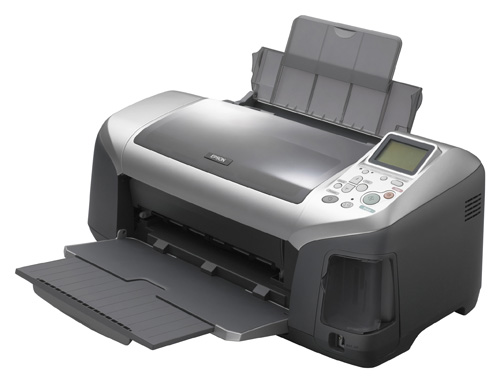 It better than my old one on account that it has a built in LCD display, card reader, prints directly onto CDs/DVDs, and uses six colours instead of four (including black, of course). I’ve spent half an hour cleaning the heads cos it’s been stood for a while not being used, and I’ve just printed out my first test photos.

The first I tested was a photo of the van Gogh painting I’ve got hanging up in my room, which I took with my 10MP camera. The second being the MIMA building in the centre of town that I took with my N95 (5MP). I gotta admit, the quality’s mighty impressive. When comared to the originals, they’re a tiny bit darker but the contrast in colours is spot on! It really is a vast improvement on my old C86 printer.

I’m off out to the Crown again in possibly the 5th week in a row! I can’t believe how long it’s been now! I’m re-bluing my hair as I type, and I’ve already got my clothes sorted out. I was gonna wear that new black shirt I got last week but it would’ve meant having to iron it. Couldn’t be arsed with that!

I’d like to make this a more permanent arrangement but since I’m leaving my job, I wonder whether it’d be best to hold off after tonight until I’ve got another job. Still, sharn’t worry about that tonight!

Finally got the cruising website up and running again. There were issues surrounding the last one but they’ve all been sorted now. Basically it’s a site where you can discuss car cruises in the North East, and I did this as a favour for a couple of mates of mine who wanted to get into the scene.

Oh happy day! I’ve been waiting for this moment since I started this diet! I could happily go down to the Life Centre in town now and have them say to me “You’re at your recommended weight… just”.

Don’t worry, I’m not stopping now. I’ve got over 12 more lbs to shead before I get to my next milestone. That should be about 6 weeks from now.

That’s right, I handed in my notice at work! In three week’s time I won’t be at Garlands anymore. Granted, I don’t have another job to go to at the moment, but I’m sure I’ll find one that will bring in some money.

Sudden… wouldn’t you say? Possibly, but I’ve wanted to move on for a while now and figured now is the time. I can’t be calling up people and asking for money forever ya know.

Valentine’s Day… what a crock of shit!

…and that’s putting it nicely! 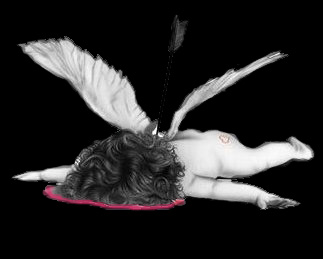 Myself and a couple of my friends at work all feel the same way. In fact, we’re going to turn up to work in black tonight, to protest against this Hallmark holiday. They want us to wear red or pink to “celebrate” it. No thanks.

I’m gonna get a new black short-sleeved shirt today in honour of it. Afterwards, I can wear it to the crown too. It seems quite appropriate since it’s Rock night! Doesn’t stop me pulling a couple of lasses in there, mind.