Yes indeed peeps, I’ve been offered the job that I applied for. It’s at Digital Umbrella, and get this… it’s a Web Developer job as well! Finally, my knowledge and my degree is going to be put to use!! No more lounging around the house all day and scraping pennies, and certainly no more bloody call centres!! I’m on the up and up! 🙂

I need to sort out so much though. I need to find accommodation for starters, work out my finances, sort out an internet connection at the house and move my sites to a new web host (I won’t be hosting them personally any more).

In my quest to find myself a new job, I’ve got myself another interview to go to this morning. It’s about 2 1/2 hours drive away so that’s going to be fun huh? I’m all ready to go and am nervous as hell! This is the second job interview I’ve gotta go for since I left Garlands, if I remember correctly. Wish me luck!

I recently thought that since I’m going to have to send off my Guitar Hero III disc to get it replaced, I won’t be able to play it for a few weeks. That, coupled with the fact that a game I really wanted just came out, I thought maybe another title was in order. 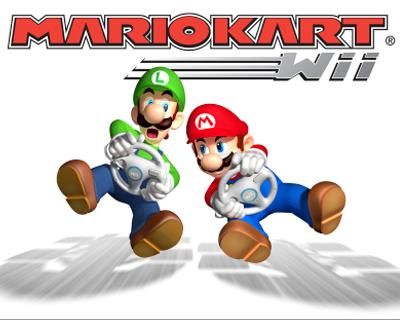 That’s right… Mario Kart Wii! It came out this time last week and it really is a lot of fun! I’m going round to a friend’s tonight, taking my Wii with me, so I think I’ll take this along too (Heck, there’s gonna be four of us!).

Replacing your GH3 Wii disc in the UK 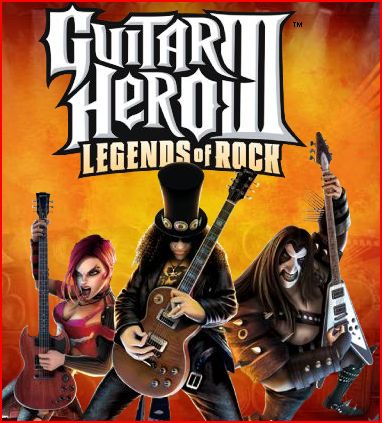 Everyone who got the Wii version of Guitar Hero 3 learnt that it didn’t output sound in Dolby Pro Logic II as promised on the back of the box. Instead they output sound in MONO instead!! This has been a bit of a pain for me, and I thought I could live with it… until I played my friend’s PS3 version. The sound quality was vastly superior, most likely down to the sound problem that all Wii copies have. END_OF_DOCUMENT_TOKEN_TO_BE_REPLACED

Not much to report

I must apologise for the absence of posts on here. It’s not that I’ve forgotten or that I’m too busy, it’s entirely the opposite! I’ve got too much time on my hands and doing almost nothing!

I’ve been working on re-launching the band’s website this last week. I had to change a bunch of stuff behind the scenes to get it to work on my server (and make it run smoother and such). I’ve done everything except the shop and message boards, both of which can wait. I hope to re-launch the website very soon, so keep your eyes peeled.

I’ve also been converting films that we have on DVD into MP4 format so they would work on my folks’ iTouches. I found out though that the videos also work on my phone and my PSP, so there’s three birds killed with one stone huh?

I’m still looking for jobs at the moment, but since I’m not spending any more than £20 a week, I’ll be financially okay for quite a while.

My band, The Anythings, have entered a competition to support Feeder at their Newcastle gig! If we are to manage this, we need your help! Please support us by following the link below (or on the banner above), download our music and leave comments on the indiestore page!