One step closer to a proper cinema system 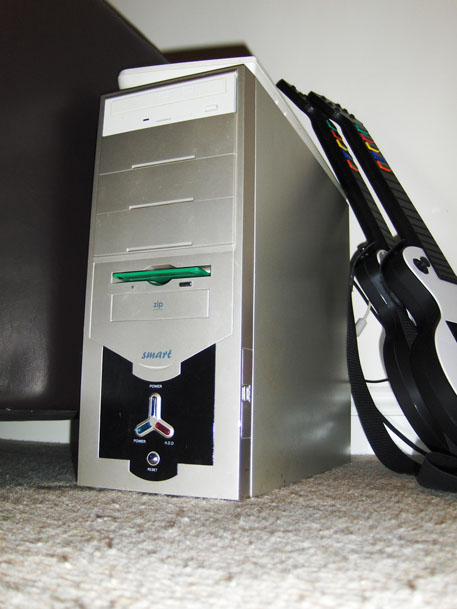 Yup, it’s the box that used to be the server at my old place. It was lacking a hard drive before but now I’ve fitted a modest… 20Gb drive.

“20Gb!?!? Why, man!?!?” you may be asking. Well, it doesn’t need a big drive. All of my music and videos are stored on the Terrabyte network drive, and my media box will be connected to the network wirelessly over a 108Mbyte connection. I’ve installed Windows XP and XBMC onto the box, and now it’s ready to go.

Result? It’s brilliant! The television is connected to my hi-fi, the media box gets the videos from the next room, and I can control it all with my wireless keyboard (which also works in my Wii, I might add). I think at some point I’ll switch it over to some form of Linux distribution, but I haven’t decided what yet. For now, it does the job, and pretty damn well!