After much searching, I’ve finally got my new car! It’s a Vauxhall Astra 2.0 DTi LS. Yes, it’s a diesel… but it’s also a TURBO! 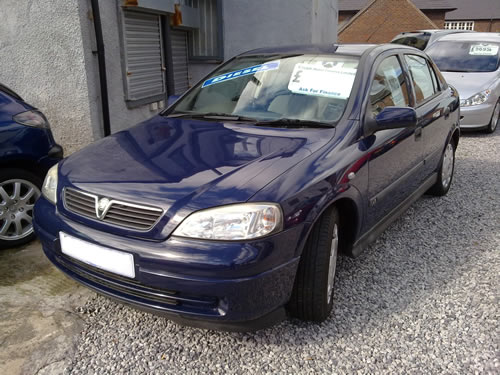 After driving the car from the dealers, I’ve realised that the jump from a 1.4 normally aspirated petrol engine to a 2.0 turbo diesel engine is quite a large one! The turbo kicks in at around 1,800 rpm and I’ve not gotten used to it yet. It seems to be right at the point where I’m about half way around a roundabout!

The interior is a bit more retro than the old Megane, but the ride is a lot smoother (probably in part because it’s 5 years younger). The next thing I need to do now is replace the car stereo, because it came with it’s original cassette stereo. Hopefully it won’t be too difficult getting the necessary fitting kit.