The Samsung Galaxy SII and my Ice Cream Sandwich Nightmare

Since it’s official launch in October 2011, Ice Cream Sandwich (ICS) has been rolling out for existing Android devices over the last couple of months. It’s probably safe to say that the most eagerly awaited ICS update to come out for any Android device is the one for the Samsung Galaxy SII – the best selling Android phone of 2011, and a phone I’m proud to say that I own. 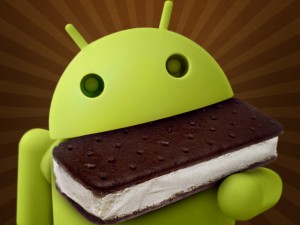 However, the whole updating process has been an absolute farse for most SII owners, and has been racked with problems from the off. Even I had difficulties, and I’m a holder of a BSc Hons degree; and was the update worth it? In so many words: no, unless you know what you’re doing. Get ready for a rant…

Android’s new Ice Cream Sandwich update brings with it a vast array of improvements and features, including Face Unlock, a new task manager, data usage limiter, Wifi hotspot support, a new homescreen, improved performance, and a cool blue theme, amongst others. It also brings the OS up to the same level across mobile phones and tablets (previously, the highest mobile phones had was Gingerbread v2.3.x, and tablets had Honeycomb v3.x). So there’s plenty to be excited about with the new OS, and a successful update should give your Android phone a new lease of life. Not all Android devices are being updated, but if yours is then feel free to give it a try. I just hope you don’t go through the problems that I did. 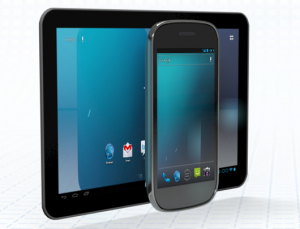 One purpose of Ice Cream Sandwich is to bring both Android phones and tablets up to the same level.

The first of the problems regarding the update was Samsung’s inability to clearly tell it’s customers exactly WHEN the update was coming out.  They did the usual “We’re releasing it in the Xth quarter of Y” announcement that most companies tend to do. I imagine companies do this because it means they don’t have to dedicate themselves to a specific date. I find this acceptable, as they could internally plan to release it at a certain date, but still want to give themselves some breathing room if the release gets delayed for whatever reason. In this case, Samsung announced it was releasing ICS for the SII in Q1 of 2012. This meant that, at the latest, we could expect the update to roll out the end of March. There were rumours floating all over the place stating it was coming out on various different dates, most of them were the 2nd, 13th and 15th March 2012. Eventually though, Samsung announced it was rolling out ICS “the week commencing 19th March”. I, as well as many, were concerned with the “week commencing” part of that announcement, but nonetheless it was still good news. It seemed that Samsung were on course with keeping their promise, and be bringing out ICS for the SII, at the latest, the 25th March.

Sadly, this leads me to the second problem. The 19th of March had been and gone, and who got the ICS update? No one, except people who had “Three” branded SII’s. Three had received the update, made a minor change, and then released it straight away. This infuriated the Sim-Free SII community, since Sim-Free phones are supposed to receive updates first before anyone else!* In the following weeks, a couple of other networks brought out the ICS update, but there was still no sign of it coming out on Sim-Free. Eventually, Samsung made an accouncement saying they weren’t going to release the Sim-Free update until all the networks had released theirs. And what was their reason for this? It was to make sure the update worked on all the networks before releasing an update for phones that might be used on any network. Of course, this caused an uproar amongst all experienced Sim-Free owners because everyone knew it was a load of tripe!! As a result, many people – including myself – explored the option of installing custom ROMs on their phones in order to get ICS sooner.

So the hunt began! Which ROM do I go for? There were loads of them floating around the internet, and plenty of instructions available to help install them. My major concern was that quite a few custom ROMs online had problems, such as being riddled with bugs up to the point where the phone is hardly useable on a day-to-day basis. I wanted to continue using mine as normal, so I had to choose carefully. Thankfully, I was able to backup my standard ROM onto my laptop so, if the worst should happen, I could simply revert back to normal. It was a nice little fail safe which made me more confident about taking the dive into using a custom ROM. In the end, I chose the ICS Resurrection Pro v1.0 ROM which was made especially for the Galaxy S2. After following the instructions provided by GalaxyS2Root.com I was finally experiencing Ice Cream Sandwich for the 2nd time (the first being on a Galaxy Nexus in a phone shop at Christmas). I was extremely impressed with it. Everything was vastly improved, and I mean everything! The look, the features, the camera, the performance, simply everything! There were a number of slight bugs that still existed but they didn’t really pose a problem.

Since the ROM I used had some bugs, even though it was considered by many to be the best ICS ROM for the SII, I decided I was going to stick with it until Samsung finally brought out the official update. I figured the official update wouldn’t have nearly as many bugs, and it meant I could continue updating my phone as normal like everyone else. I knew the official update would also include Samsung’s TouchWiz launcher, but I also knew I could simply install Apex Launcher to make the homescreen just like what ICS intended it to be, so as far as I was concerned I wouldn’t be losing anything. Eventually, on the 17th April, Samsung started rolling out the ICS update for Sim-Free SII’s, after pretty much every UK network had already released it. I put my plan into motion. I backed up the custom ROM on my laptop (with all my settings), I restored the original Gingerbread ROM back on the phone, and fired up Samsung Keis to get the update installed.

What happened next was a disaster!! I was greeted with the following error message: “Your device does not support software upgrading via Kies”. After all the waiting and everything that I’d been through, this was a perfect rage comic “FUUUUUUUUUUUUUU” moment!! I scoured the internet for a solution to the problem, but sadly I couldn’t find one. I eventually had to resort to using SamMobile.com to download the update and apply it manually.

“Finally”, I thought, “I’ve got Samsung’s own ICS update. Things are finally back to normal”. To my disappoint though, it was more “back to normal” than I expected it to be. For a couple of weeks I’d been using a custom ROM which was just like what ICS is supposed to be, just like if I’d gotten hold of the Galaxy Nexus, which comes with an unmodified ICS installed as standard. As such, I had a high expectation of Samsung’s update, and sadly it failed to deliver. It accepted the new launcher without problems, so TouchWiz wasn’t an issue, but… the menus, the notification bar, the camera and messaging apps… they were all exactly the same as on Gingerbread!!!! Imagine getting an upgrade to Windows 8 for your computer from your PC supplier, but your supplier had replaced most of the features with components from Windows Vista! THAT’S what it was like!

After 15 minutes of using Samsung’s own ICS update, I’d had enough and decided to go back to the custom ROM. I was beginning to go through the motions of re-installing the custom ROM back on my phone when, to my surprise, FOUR new versions had come out since I first installed it. ICS Resurrection Remix Pro v1.4 was available for download, so I went ahead and updated to that instead. Compared to the previous one I used, all the bugs that I had experienced with v1.0 had been fixed, and there were a heap of whole new features added which made the update truly fantastic!! I spent an entire evening just browsing through them all, and setting everything up perfectly. I wasn’t too impressed with the camera app as it now lacked a macro option, but everything else was brilliant.

So, to summarise… if you’re expecting a lot from the ICS update on a Samsung Galaxy SII, you’ll be sorely disappointed. Plenty of bugs will be fixed, but your phone will look and behave exactly the same as before. You’ll be hard-pressed to see any difference at all, to be honest. You’ll be much better off using a custom ROM. In fact, as I was doing research for this blog post, I noticed that the custom ROM I use has now been updated to v1.7! I’ve gotta say, the developer of the ROM doesn’t waste any time, and I’ll be trying it out very shortly.

*For anyone reading this who doesn’t know, whenever an update comes out for a phone, it’s always been brought out for Sim-free ones before branded ones. Branded phones are the ones you get whenever you buy them directly from networks (o2, Vodafone, T-Mobile, Orange, etc.). They’re full of bloatware, as well as other tweaks and changes, that the networks insist on making to the phone before selling it to you. This includes (but is not limited to) changing the boot up animation to a custom one the network made, changing the wallpaper to show the network branding, and adding their own branded apps. Whenever an update comes out, the networks need time to get their changes and bloatware to work 100% with the update before releasing it, which puts a delay on the release. Sim-free phones, however, are phones without all these tweaks, set up the way it was intended by the manufacturer. You can get these either direct from the manufacturer or from mobile phone shops that cater for all networks (such as Carphone Warehouse and Phones4U). It’s easier for them to get Sim-Free phones in bulk than get differently branded ones, since that way they can give any phone out with any contract regardless of the network. Anyway, as a result, networks take time to add the tweaks to any updates that come out, which results in updates being released later for branded phones. At least, that’s usually the case…