Coffee Machines: Which to get?

I don’t talk about much outside the usual geeky stuff but bear with me on this one. If you’re a geek too, you’ll understand…

I’ve been a coffee lover for a long time. In fact, I can’t remember when I started taking a liking to it. I grew up in a family of tea drinkers, and drank tea since an early age, but at some point the shift changed over to coffee. It definitely got me through some gruelling times (Uni all nighters, for example) and now I can’t imagine waking up without having a good cup of Joe. The funny thing is, as much as I love my coffee, for the most part I’d never owned a dedicated coffee machine. I’ve often looked into the idea of purchasing one, but then decided to carry on with my Nescafé Alta-Rica instant coffee. I have one which takes ground coffee; a free gift from the Readers Digest if I remember correctly. After a while it became a nuisance because I could only make one cup at a time before having to clean it out. I really wanted to get a new one.

The problem is that there are so many different types out there. On top of that, I’ve found many coffee machines unusually complicated. I remember the first time I ever used a coffee machine, when I worked as a barman at a pub in central Middlesbrough. There were so many buttons, switches, knobs, and dials. I could disassemble and reassemble multimedia PCs, but I couldn’t operate a coffee machine. It was always a case of too little coffee, too little milk, and the milk wasn’t even hot either. This was back when I was 18-19, and I only started to get my head around fully fledged coffee machines when I was introduced to the ones at work in 2011, 10 years later! Now that I know how to use these, which has a milk steamer and takes beans directly, I wanted one… until I found out they were £400 a pop! That’s quite a bit out of my price range, plus I suppose it’d still be a bit complicated to use if I’ve just woken up first thing on a morning. I needed something simple and effortless.

Eventually, after much “umm”-ing and “ahh”-ing, I bit the bullet a week ago and bought one of these. 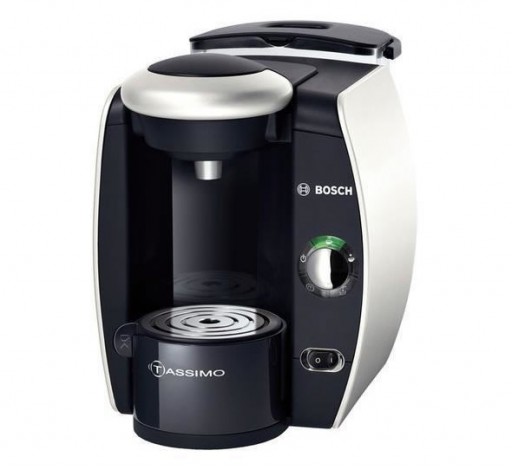 It’s a Tassimo T40. I was hoping to get the cheaper T20 model but they’re very hard to find new; so I went for it’s bigger brother, with a larger water tank. I had a look at others – Nespresso and Senseo machines specifically – but I decided on the Tassimo system as it makes the three main drinks: coffee, hot chocolate, AND tea. All the local supermarkets sell the coffee t-discs for this machine but, to my dismay, only Morrisons sell the hot chocolate ones, and I can only get the tea online. No bother though, as I can order them in especially if I want more. The main purpose of this was to make coffee, and they’re in abundance in the local shops, so that’s alright.

So far, I’m finding the Tassimo to be pretty good. It’s mostly plastic but the build quality is sound. It’s a bit bigger than I thought it’d be, mind, but it fits in neatly next to my kettle in the kitchen and is currently seeing far more action. It’s a simple matter if popping the t-disc in and pressing the button. You can’t ask for more first thing on a morning, groggy after a night’s sleep. 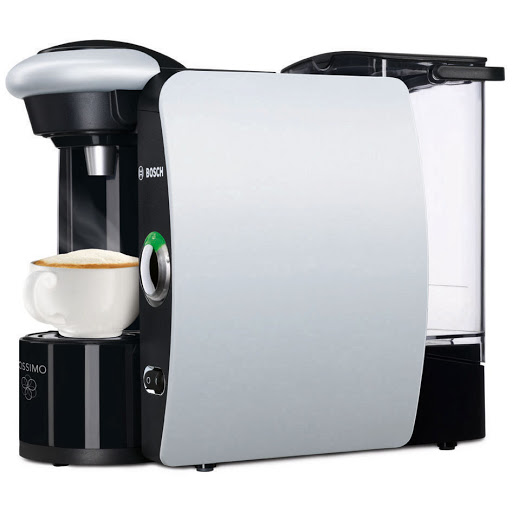 The only downside I’ve found with this system is that, by default, the drinks aren’t very large, probably no more than 190ml. That’s only just over half one of my mugs (and I don’t have big mugs either). Luckily, I can press and hold the button on the front for more water. This isn’t so bad with teas and most coffees, as the water flows through what’s left in the t-disc in the machine and doesn’t water the drink down too much.

Something surprised me when I got this home. When you buy a brand new Tassimo machine and register it online, you get £20 off Tassimo’s online store. I took this opportunity to order a heap of different drinks to try out! I’ve had this machine a week so I thought now was a good time to share my thoughts on the different drinks I’ve tried.

There’re two other discs I have I’ve yet to try (Carte Noire Voluptuoso Kenya, and Twinings Earl Grey). I’ll get round to trying those soon, once I have more space in my cupboard for open t-disc boxes. I won’t bore you all with the details when I try them, cos I’m not working on commission. However, if Tassimo want to send me more t-discs for free, I’ll gladly report on them (hint hint!).